Transitions for time:
before, afterward, after, next, then, as soon as, later, until, when, finally, last, meanwhile, during, at times, sometimes, oftentimes

Example: WWII broke out in Europe in 1939.  During this time the United States remained neutral.  It wasn’t until 1941, after Japan bombed Pearl Harbor, that the United States entered the war.  After its entry, it was only a matter of time before the Allies defeated Germany and the Axis powers.

Transitions for place:
in the background, in the distance, beyond, behind, above, below, in front of, elsewhere, in the middle, to the left, to the right

Example:  My favorite painting is Botticelli’s Birth of Venus.  In the middle of the painting stands Venus, the Roman goddess of love, standing on a seashell.  She floats majestically above the beautiful water below her.  To her left a figure representing wind blows fierce clouds of wind in her direction.  To her right a figure behind her attempts to cover her with a blanket and protect her.  It is a truly breath-taking piece of art.

Transitions for examples:
for example, for instance, as an example, like, specifically, consider as an illustration, that is, such as, similar, similarly

Example:  Oftentimes people who study from history fail to learn from the mistakes of the past.  For example, during WWII Hitler decided to invade Russia just before wintertime.  This decision was the same decision Napoleon made over a hundred years earlier, and Hitler’s army met a similar fate.  Had he learned from his history, Hitler might have avoided making this costly mistake and the outcome for the war might have been different.  For instance, if Hitler had decided to invade England by sea rather than Russia by land, he might well have won the war.

Transitions for emphasis:
chiefly, equally, indeed, even more important, in particular, most important, without a doubt, indubitably, unquestionably, definitely

Transitions for restatement:
in short, that is, in effect, in other words

Example:  When I asked my girlfriend to marry me she said, in effect, that she wouldn’t be ready for marriage until after she completed her PhD program.  At first I was crushed, that is, I felt like she said no because she didn’t love me anymore.  However, after she explained her reasons to me I felt better and agreed with her.  In other words, I came away feeling better than I had anticipated.

Transitions for comparison:
similarly, likewise, also, the same as, different than, opposite, unlike, instead

Example:  When my older brother was deciding where to go to college he spoke to my father about where he should go.  Not surprisingly he went to the same school my father did, MIT.  When it was time for me to choose a college I did the exact opposite.  I didn’t ask my father where I should go, and as a result, I didn’t also go to MIT like he and my brother did.  Instead I went to UCLA.

Transitions for concession:
although, of course, admittedly, true, doubtless, granted that, no doubt, indubitably, without a doubt, definitely, certainly

Example:  Some people might be surprised to learn that the two most successful NBA teams of all-time are the Boston Celtics and the Los Angeles Lakers.  Although neither of these teams is very good right now, they are the two teams with the most champions in NBA history.  The Celtics definitely had the best streak of these two teams; winning eight championships in a row at one point.  Admittedly there is always the chance that some future team could break this record, but this seems unlikely.  Of course no one can predict the future with any certainty.

Transitions for consequence:
thus, so, then, it follows, as a result, therefore, hence, consequently, accordingly, because

Example:  I’m sorry, but I can’t let you turn in your homework late because it wouldn’t be fair to the other students.  As a result your grade has dropped lower and you are now failing the class.  Consequently you need to get 100% on the final so you can pass the class and then graduate from CAS.  Therefore, I suggest you study very hard so I don’t have to fail you.  Good luck!

Transitions for conclusion:
to sum up, in summary, finally, therefore, thus, in conclusion, to conclude

Example:  Finally, Beijing has a lot of nice places to shop that appeal to tourists.  To sum up then, Beijing is a wonderful place to visit because it has beautiful parks and historical monuments, friendly people and lots of nice places to shop.  Thus any travelers who are planning to come to China should definitely visit Beijing during their stay.

Transitions for addition:
furthermore, in addition, besides, next, first, second, moreover
Example:  UCLA is a wonderful university to attend as an undergraduate.  First, it is respected academically and is well-known for its high standards of education.  Furthermore, UCLA has a strong network of alumni who often recruit students to come work for them.  Moreover students who do such work as undergraduates often receive jobs with these same companies once they graduate.  In addition to these two benefits, UCLA also has exciting sports teams that are fun to watch.  Besides, with so many good reasons to go to UCLA, why would you want to go anywhere else?

我的第三条经验就是句酷网站，www.jukuu.com，一个专门找例句的网站，也许有些虫友也知道。我们写文章的时候，很自然会想到一些中文的表达方法，但是常常苦于找不到贴切的英文表达，查电子词典，往往凑出来的句子也是面目全非。句酷网站提供了一个很好的查找例句的渠道（不是广告奥，呵呵），你可以通过中英文关键字，找到很多例句。比如，我想说“值得指出的是”，在句酷里面查了一下，找到了如下几个句子：
It is worth emphasizing that...
it is worth pointing out that ...
A point worth emphasizing is that...
感觉都还不错，都可以选用。更为关键的是，这些例句一般都会有出处，这样就可以根据例句内容和出处来选择比较地道的表述了。我的一个经验是，对于来自cnki.net的例句就得小心点，这些都是国内兄弟写的文章中的句子，常常不是很合适。 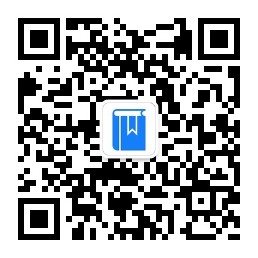